” The success story of the snack bar in France “ 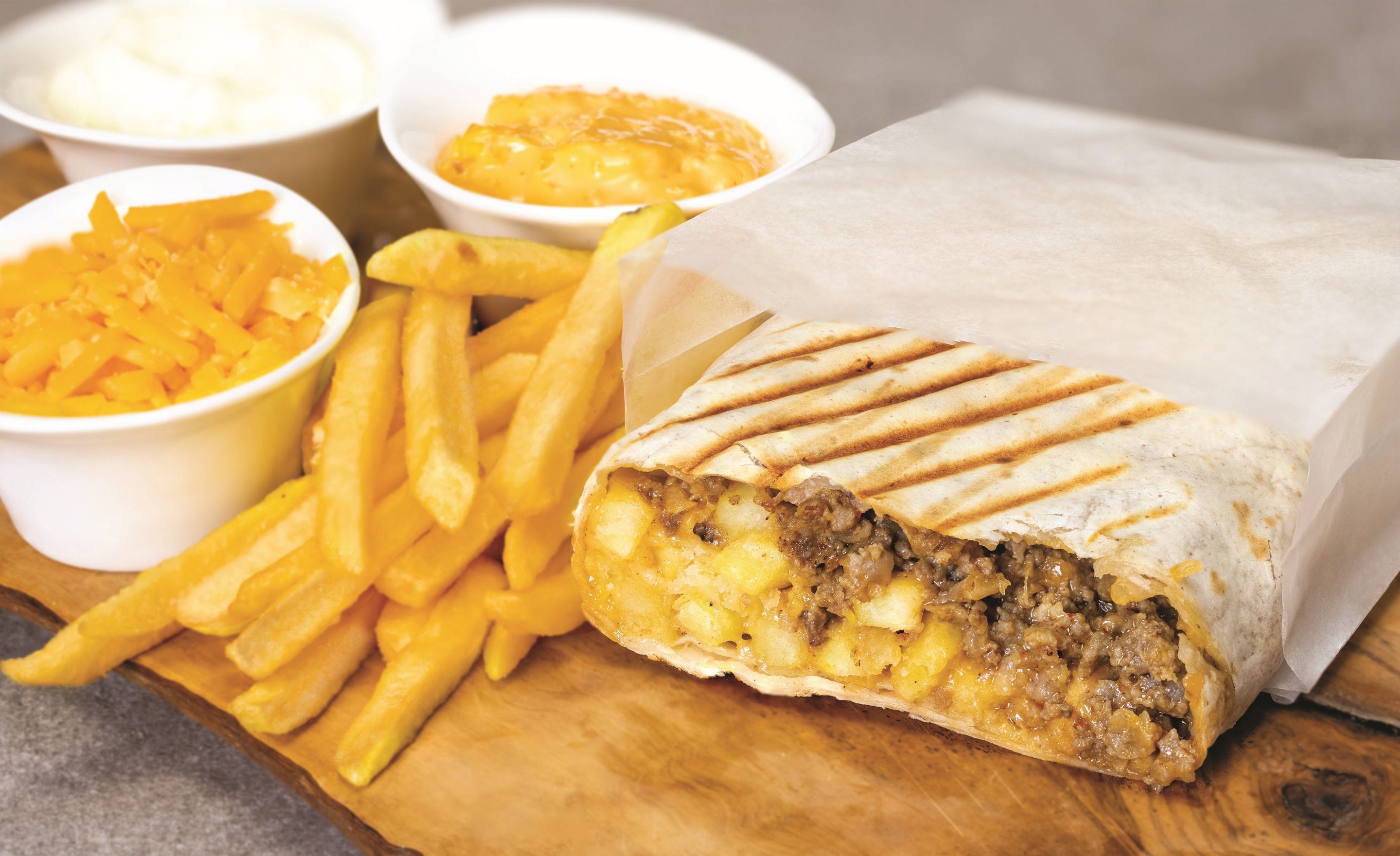 The new favorite sandwich of France is ready to conquer the world for consumption both at home and away from home. 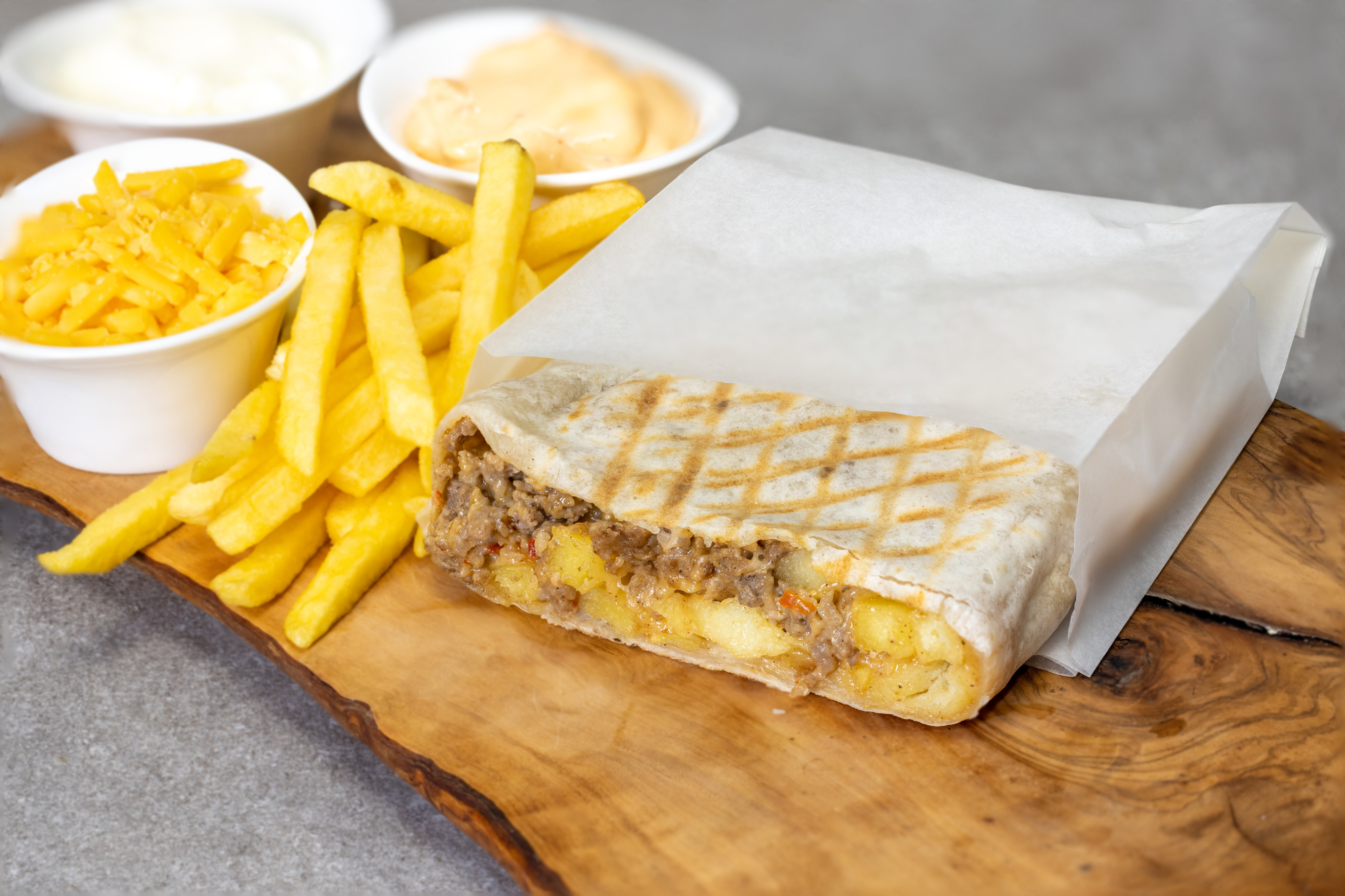 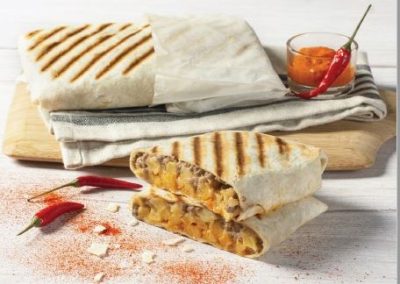 What are French tacos? Technically, the French taco is a sandwich: a wheat flour tortilla, brushed with a more or less spicy sauce, topped mixed with meat (usually Halal) and fries, drizzled with a creamy cheese sauce, folded into a rectangular packet, then grilled on a grill. “In short, a successful marriage between the panini, the kebab, the burrito and the Croque Monsieur

Its origin is somewhat disputed, but most people agree that French tacos come from the suburbs of Lyon. This would explain the fact that it is also given the name of tacos lyonnais, or even “mattress”.

Recipes for all tastes

The 4 recipes offered by FRIMA are those that are most successful with teenagers and young fans of French tacos restaurants and have already been sold since April 2022 in bakery and coffee shops. 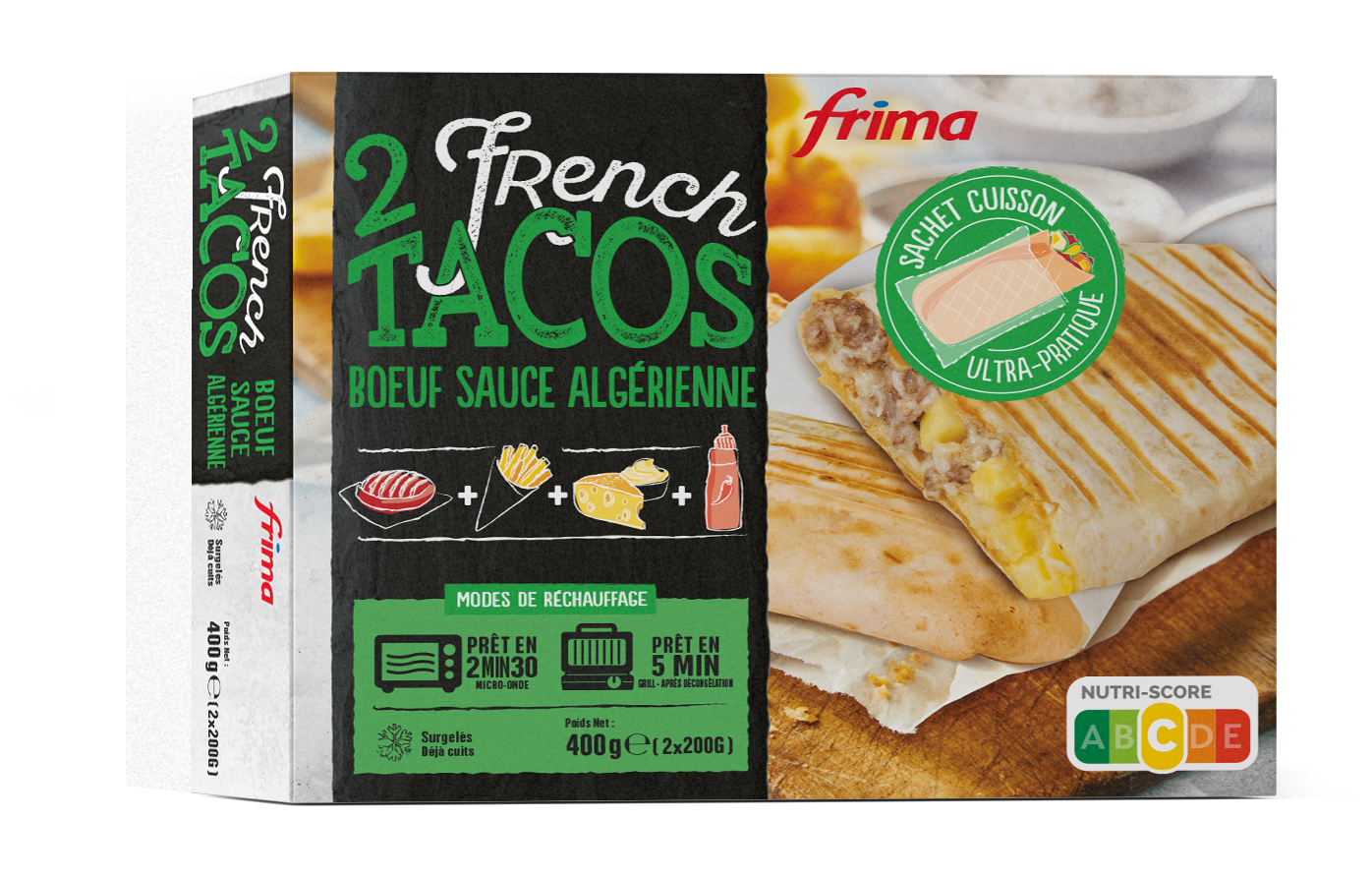 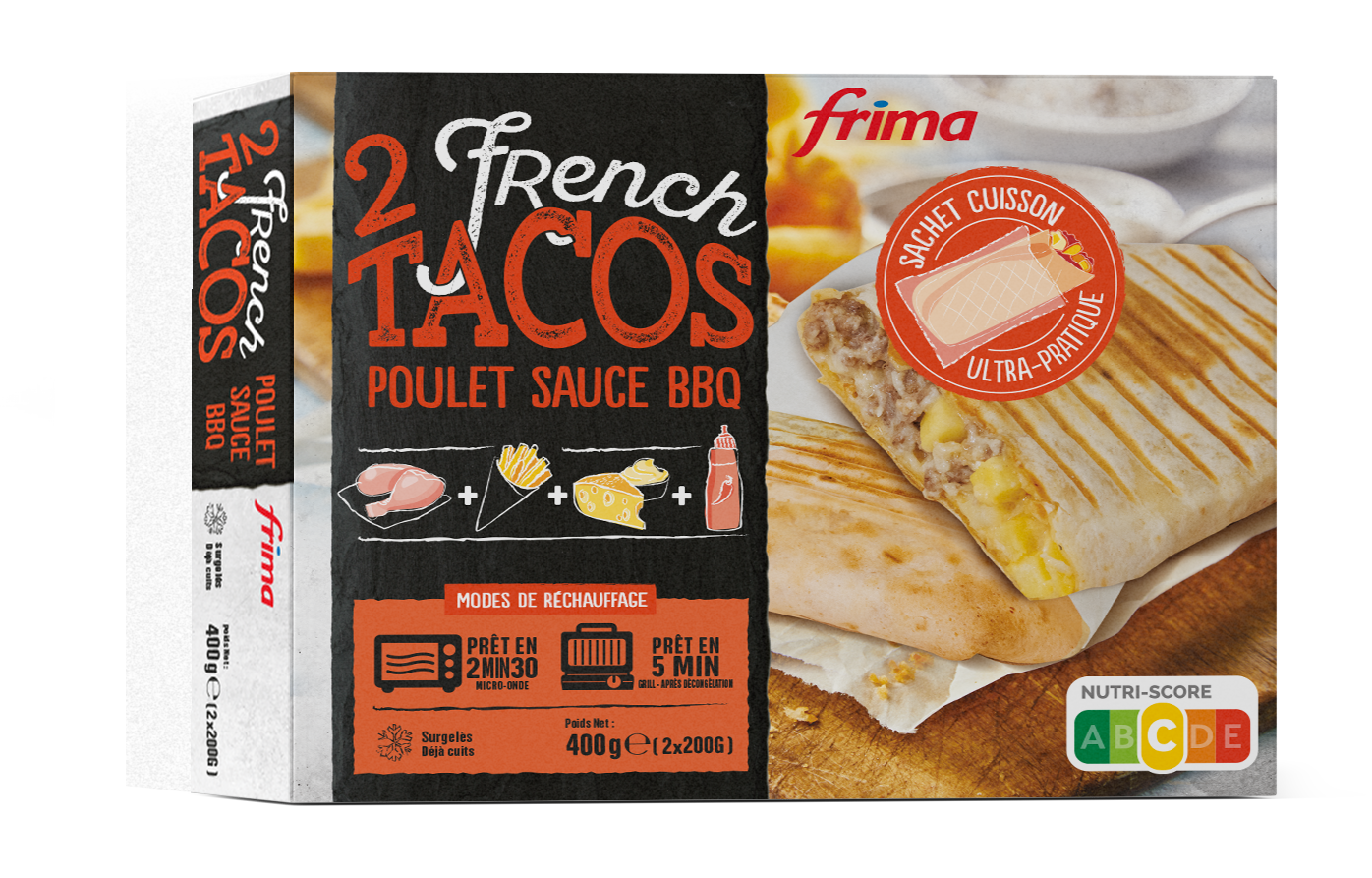 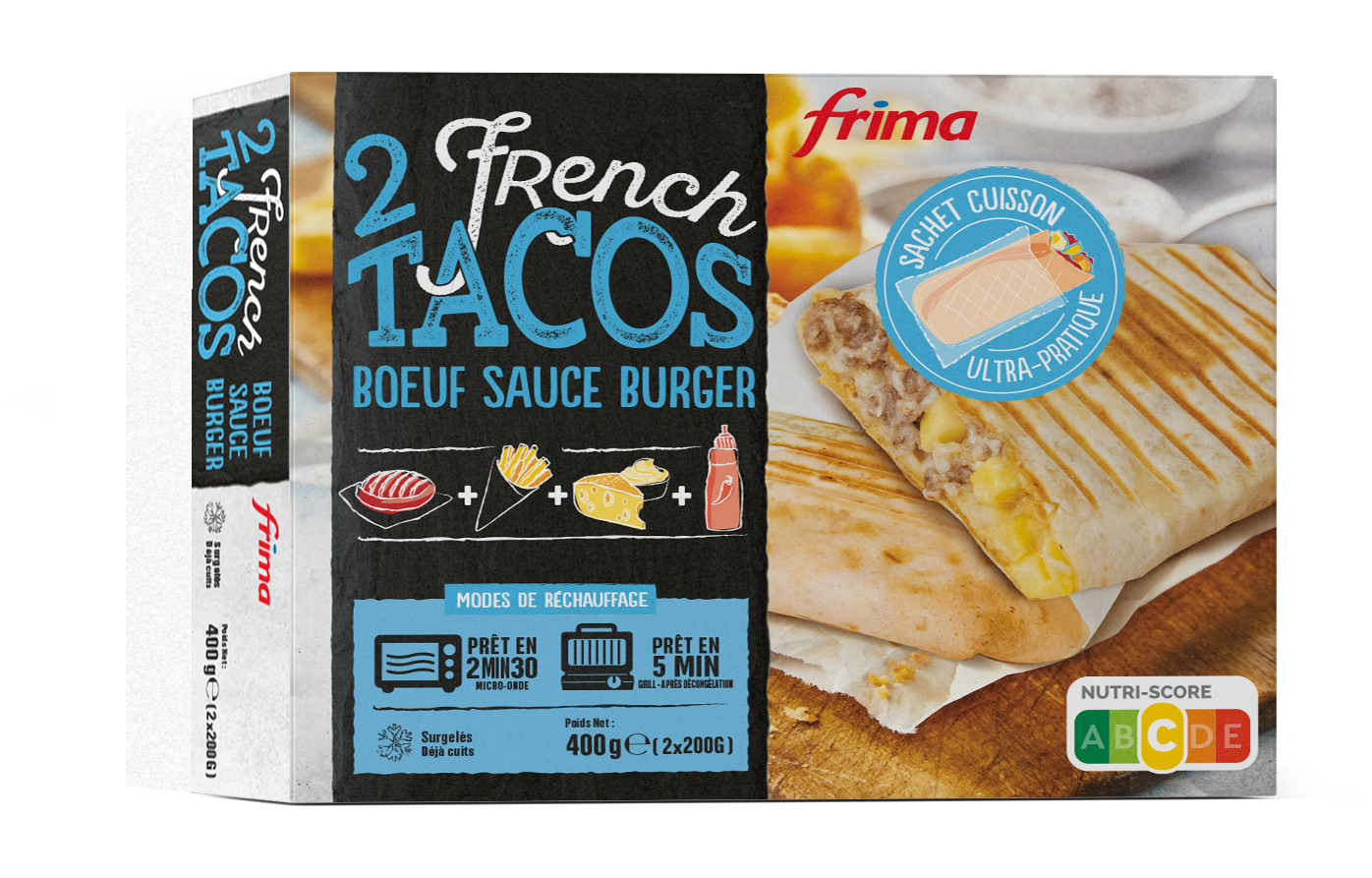 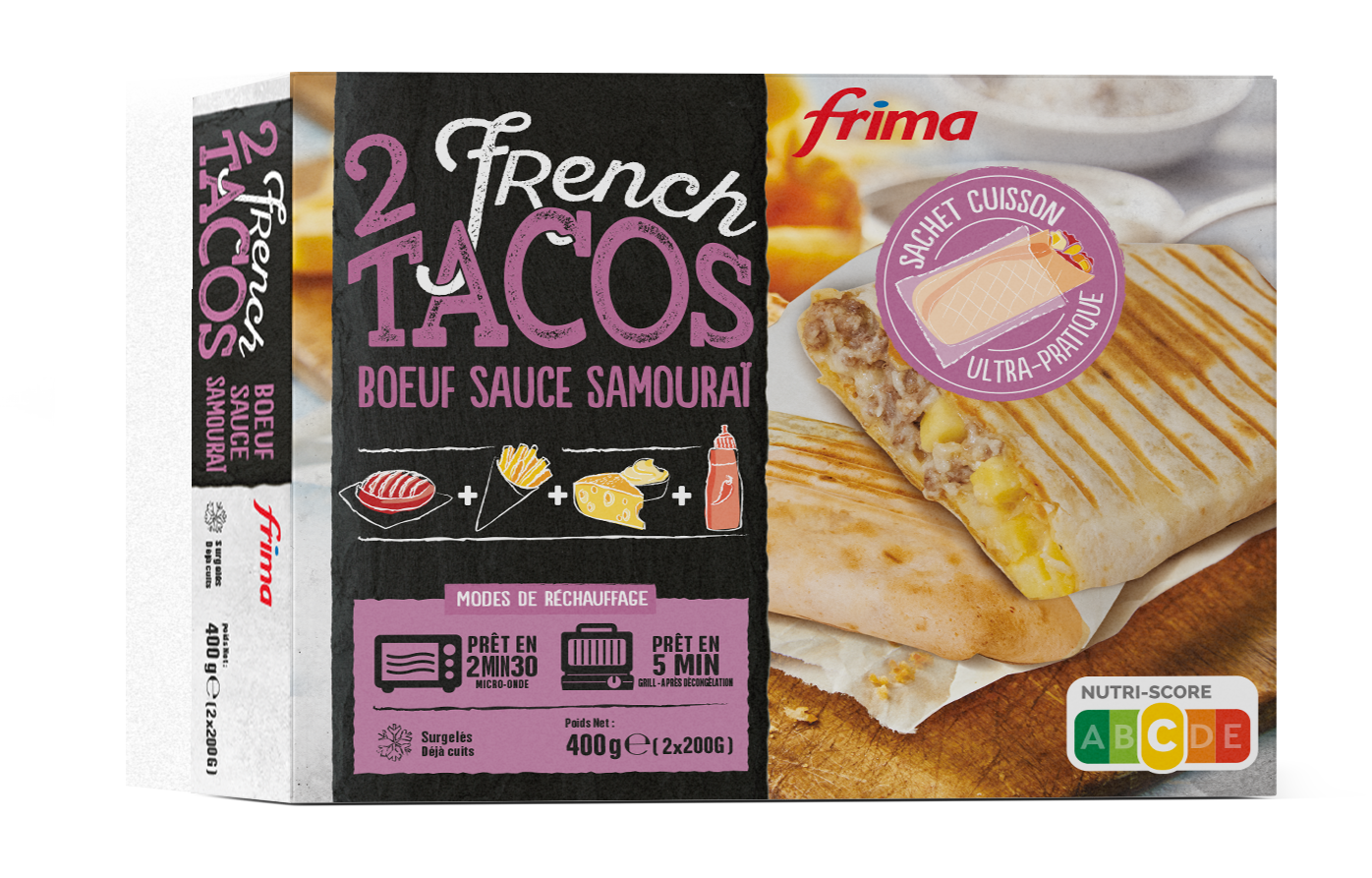 Yes, we can use our know-how to design or develop products that are specific to our distributor customers and that will be manufactured according to their specifications.

Where are our products made? Where do our main ingredients come from?

All our products are manufactured in European production facilities. All our main ingredients are from European agriculture.

How are our products distributed?

After manufacturing, all our products are subjected to quick freezing and then stored at a minimum of -18°C. The frozen products are then distributed either from our centralised warehouse located in the Paris region or directly from the industrial site.
The products are delivered per full pallet.

What is the minimum shelf life of our products ?

Our frozen products have a minimum shelf life of 18 months when stored permanently at -18°C.

Why choose a frozen snacking offer?

By respecting the reheating instructions, your consumers will have quality products immediately available, with no loss or waste and an excellent quality/price ratio.